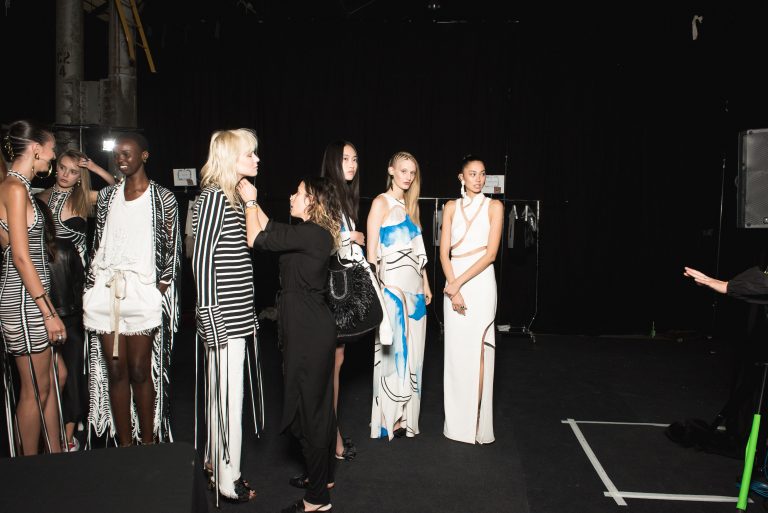 From music and movies to politics and philanthropy, check out Alloy’s list of tall celebrities give us endless inspo for tall girl fashion.

Tall babes rule the world – we know it, you know it. But did you know that many of the hottest female celebs and pop culture figures are actually over 5’9”? We know them for their talent and their glamor, but many tall celebrities don’t make a big deal about their height. When it comes to tall girl fashion, these icons slay.

From music and movies to politics and philanthropy, these six tall celebrities give us endless inspo for tall girl fashion — and life. If you’re looking for a new #WCW or simply seeking new ideas for style, look to the six bosses on this list for all the tall girl inspo you need.

At 5’10”, megastar Tyra Banks serves up inspo for days. This model, actress and media titan was one of the world’s top-earning women in the early 2000’s and built a pop culture empire. Starring in hit films like Life Size and hosting America’s Next Top Model, as well as her own talk show, Tyra Banks is one of our favorite tall celebrities.

Pop star Taylor Swift strikes a pose at 5’11”, and we hear she often appears over 6’ in heels! The svelte, blonde Swift has made a name for herself as one of the world’s top recording artists, earning numerous Grammys and other awards for her hit songs. To her critics, T-Swift knows how to really shake it off and we love her badass attitude.

Michelle Obama obviously makes the list, standing 5’11” with all the poise and grace you’d expect from a former first lady. No matter your politics, we can all agree that Michelle Obama was always the perfect picture of elegance during her time in the national spotlight. This strong, intelligent mother is an inspiration to us all.

Whether she’s wearing a black gown with stately white pearls or dressed in a sleek, colorful blazer and tall slacks, the former FLOTUS is an eternal ambassador for tall girl fashion.

The hilarious Jane Lynch would probably be the center of attention in any room, regardless of her height, but at 6’0” this female comedian can command a crowd due to her height as well as her humor. Starring in comedy classics like Best in Show and the hit television series Glee, Lynch was named one of Power Up magazine’s “10 Amazing Gay Women in Showbiz.”

With her tall frame and short, spiky blonde hair, Jane Lynch is often seen rocking an androgynous tomboy look with tall jeans and a black blazer or sport coat. Her atypical fashion choices are always a source of fun inspiration.

Whether she’s slaying White Walkers in Game of Thrones or commanding a legion of stormtroopers as the evil Captain Phasma in the new Star Wars trilogy, actress Gwendolyn Christie is one warrior babe you won’t want to mess with! At 6’3”, Christie is the tallest celeb on our list and one of our favorite tall celebrities. (Fingers crossed Brienne makes it out of GoT alive!)

On the red carpet, Gwendolyn Christie is usually seen in flowing designer dresses and bright colors. But this beautiful tall babe also looks amazing in chic streetwear like leather jackets and denim.

Sure, most supermodels are tall, but then there’s Karlie Kloss. At 6’1”, Kloss is said to never wear heels unless it’s for work. A former Victoria’s Secret Angel, Kloss has modeled for practically every top designer in the world, from Christian Dior to Louis Vuitton. She’s also run her own successful YouTube channel, Klossy, and appeared on the Netflix series Bill Nye Saves the World.

Given her supermodel status, Kloss is one of the best sources for tall girl fashion inspo. In one recent look, Kloss was photographed looking stunning in red pants, a black turtleneck and a black blazer with black flats and sunglasses. Sign us up!

Need tall girl basics? At Alloy Apparel, we’ve got tall (and gorgeous) covered, so you can always feel confident no matter your style. Check out what’s new from Alloy today.