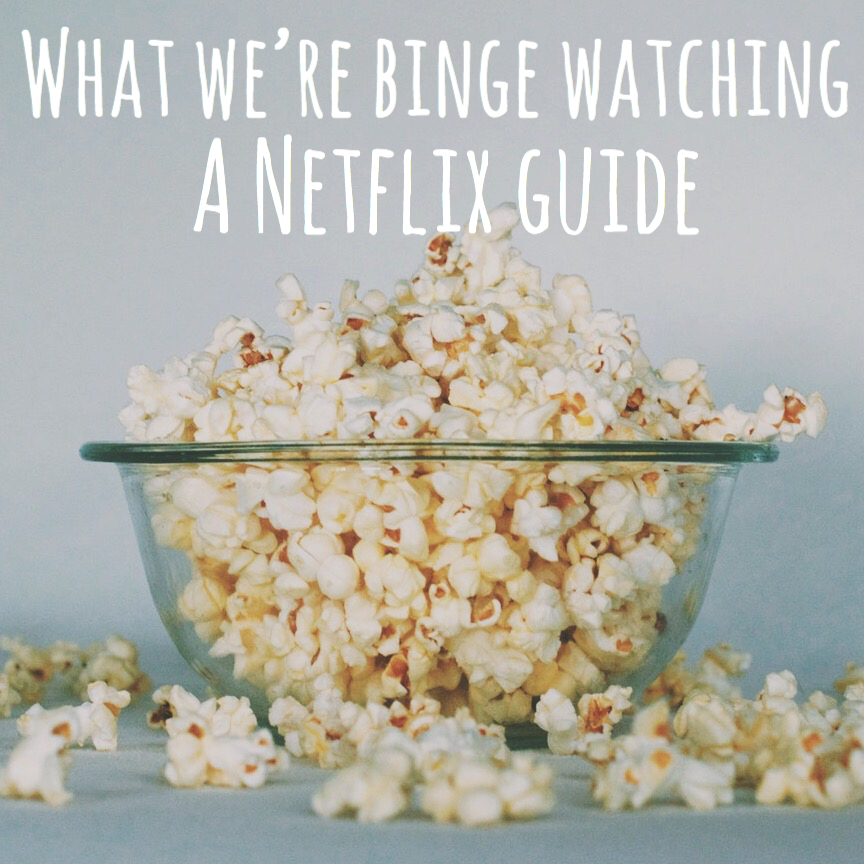 If you’re anything like us, you LOVE finding a new binge worthy show! Searching through Netflix can be a struggle sometimes. We hope this will make the search for a new series a bit easier for you. Here is a list (no specific order) of our all time favorite series on Netflix. We guarantee you’ll be pressing the ‘Next Episode’ button all night long. Comment your favorite Netflix shows.

Do we even need to mention this one? If you haven’t watched it yet you’re missing out, BIG TIME. This is a show for all ages. From comedy, suspense, to romance, Stranger Things has it all. You’ll be getting all the E.T., Goonies, and 80’s feels. Do yourself a favor, watch it!

This is a total feel-good comedy. Atypical is a heart warming series about a boy growing up on the Autism spectrum. Sadly, there’s only one season at the moment but it’s 100% worth watching. The cast in this show is phenomenal, it’s extremely underrated!

We can’t get enough of this show! Netflix needs to hurry up with season 2 already. This is an inspiring true story based on the book, Girl Boss.  It’s about the online women’s retailer known as, Nasty Gal. The show is hilarious and the book is a great read for women of all ages.

This British series has captivated many. None of the episodes are related so you can start on any season you’d like (we recommend season 3 and 4). It explores the dark side of technology. Regardless if you’re a fan or not, we can all say whoever came up with this show has a crazy imagination.

I’m sure you’ve heard about this Netflix original one way or another. This show definitely received a lot of mixed reviews. It’s worth watching just to form your own opinion on the controversy. NOT for the light hearted.

Whether you followed the O.J. case or not, this show is AMAZING. People vs. O.J. casts some huge Hollywood stars. You’ll feel like you’re watching a real life documentary rather than a reenactment. Highly recommend this one for anyone that enjoys crime shows.

A true classic. This show has been over for a while but it’s still an all time favorite for many. The good news is that there are 8 seasons with a full stack of episodes, so you won’t be able to finish it in one weekend. Dexter is filled with suspense, plot twists, and drama. Even if you aren’t a fan of murder mysteries or crime shows, Dexter is truly a classic.

Last but not least another feel-good comedy. This show was actually the big break for a lot of Hollywood stars. It casts young Seth Rogen, James Franco, Jason Segel, and others. It’s quirky, funny, cute, and gives us all the vintage-feels! Freaks and Geeks only has one short season. It was undoubtedly cancelled WAY too soon.